And you will know the truth, and the truth will make you free. John 8:32 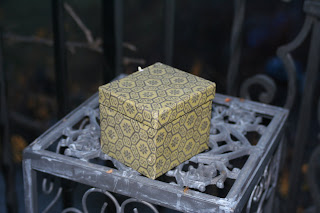 Today I want to introduce you to my best new anti-procastination technique of the whole year. It’s called the little green box (although yours may be a different color), and it was conceived by my daughter Jenny.

Here’s how it works: 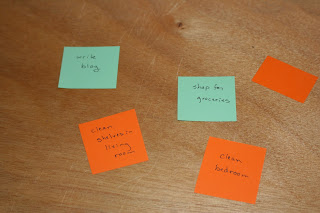 Here are a few advantages to the system:
In my next post, I’ll share a few more ideas about this box system. But for now, it's time to draw another job from the job box!
Posted by Unknown at 8:36 AM

Email ThisBlogThis!Share to TwitterShare to FacebookShare to Pinterest
Labels: procrastination

Your daughter is a genius. I am sitting here trying to motivate myself to apply to all these jobs...maybe if I just do her game it will at least make me feel like I accomplished something!

You should definitely try it, Steph. If it works for me it can work for anybody!

To find out more about the Bible study Freedom From Emotional Eating, click on this link.

I Deserve a Donut

Promote Your Page Too